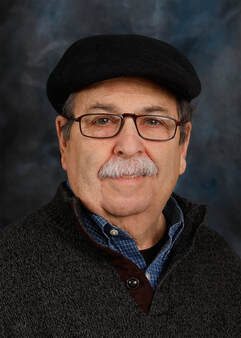 Gene Gissin caught the photography bug after taking pictures during his first in-country helicopter flight while serving in Vietnam in the 1960s. He returned home and studied photography at RIT College of Graphic Arts and Photography in Rochester, N.Y., after which he worked for a landscape architecture company in Syracuse. One year later, he started his own studio in Cazenovia.

Over the past 45 years, Gene has owned his own business, taught college photography courses, shot photos for local and regional media outlets, and photographed every type of portrait and event there is. His work also has included architectural photography, corporate events, and photo documentation for lawyers and law enforcement officials to be used in court. His work also has been featured in private and public collections, magazines, books, and brochures.
He is a member of numerous professional trade organizations and has served as president of the Professional Photographers Society of Central New York.
​
Gene cares about his community and has served it in multiple ways. He currently sits on the Cazenovia village Historic Preservation Commission, previously served as president of the Greater Cazenovia Area Chamber of Commerce, is a member of the Cazenovia American Legion, the Cazenovia Volunteer Fire Department (and official department photographer) and a charter life member of the Cazenovia Area Volunteer Ambulance Corps (CAVAC).
Website by ImageQuix